I am Douglas Richards, a City of Bridgeton DUI Defense Lawyer, who since graduating from Washington University Law School in 1986, have been helping and defending people who have been arrested and charged with a Criminal DUI Charge and/or DWI Charge and with the DOR Administrative Hearing Process that can result from this DUI Arrest for over the past 34 years.

In Missouri, the City of Bridgeton is in an area where there numerous DUI Arrests.  Whether you were driving on Highway 70, Highway 270, Highway 370, St Charles Rock Road, Earth City Expressway, Natural Bridge Road or some other main road in the City of Bridgeton, the police are always on the lookout for impaired drivers.  If you get pulled over for speeding, or some other violation, the police officer first asks to see your drivers license and proof of insurance.  But it seems like the next question the police officer always asks you is if you have been drinking or have taken any drugs.  If you say “yes”, or, if the police officer claims to smell alcohol or claims to smell drugs (pot), the police officer will ask you to step out of your car and have you do some Field Sobriety Tests. You think that you did fine on these tests. The police officer never said that you failed any of the tests.  When the tests were done, the next thing you know the police officer tells you that you are being arrested and charged for Driving While Under the Influence of Alcohol and/or Drugs (DUI). You are thinking to yourself, “What is going on? This can’t be happening to me!”

Who do you call for the Best DUI Defense help you need in Bridgeton, MO?

Which experienced City of Bridgeton DUI Defense Lawyer will fight hard to keep you from being convicted of the DUI Charge?

Which knowledgeable Bridgeton DUI Lawyer will fight hard to keep your drivers license from being suspended in the Criminal DUI Case and in the DOR Administrative Alcohol Hearing Process?

Which dedicated City of Bridgeton MO DUI Defense Lawyer will give your case the personal attention it deserves?

You need a City of Bridgeton DUI Defense Lawyer who is willing to look into ALL the facts, to look into ALL the details in order to find the exceptions, the mistakes that were made in your case by the police.  And in every case, I am able to find mistakes that are made by the police. By pointing out these mistakes made by the police to the Prosecuting Attorney,  I can show the Prosecuting Attorney that he has no case, or a very weak case, and this can serve as the basis to arrange for a plea bargain to a reduced or amended lesser charge, or even for the complete dismissal of the DUI charge itself. It is also these mistakes that serve as the basis for winning the DOR Administrative Alcohol Hearing and stopping your license from being suspended.

Remember, police officers are just people too, and they make mistakes when they write up police reports.  They make mistakes when they have you perform Field Sobriety Tests. They cut corners and do not give you the detailed instructions that they are supposed to do. They do not observe you for the proper time period before you take a breath test.  My job, with your help, is to find these mistakes and to use them to our advantage so that you can learn from this experience and move on with your life. That is what a dedicated and experienced City of Bridgeton DUI Defense Lawyer can do for you!

I never charge a fee for an initial consultation because I understand that it is an important step in the process of finding the right Bridgeton DUI Defense Lawyer for you. Call today to contact my office so we can set up a time to meet face to face with you so I can answer all of your DUI Defense questions. 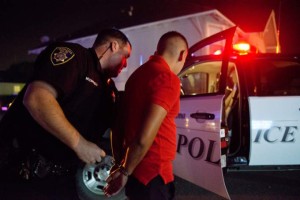 I am a Bridgeton DUI Defense Lawyer – with over 34 years of experience in handling cases in the City of Bridgeton and in the areas of St. Louis County, St. Louis City, St. Charles County, Jefferson County and Franklin County.

Case summaries for Jan. 15 - 21, 2021 DWI Reasonable Suspicion Was a Matter of Law The inquiry on appeal is solely legal, and no deference is due … END_OF_DOCUMENT_TOKEN_TO_BE_REPLACED