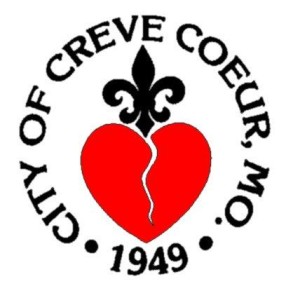 I am Douglas Richards, a Creve Coeur Drug Possession Defense Attorney, who since graduating from Washington University Law School in 1986, have been helping and defending people who have been arrested and charged with all kinds of Criminal Drug Charges for over the past 32 years.

If you or a family member have been arrested or cited for a Criminal Drug Possession Charge in the City of Creve Coeur, MO, call me to discuss your case. Whether the Criminal Drug Charge is for, but not limited to:

Pleading guilty to a Drug Possession Charge; a Possession of Drug Paraphernalia Charge; a Possession of Marijuana Charge; a Minor in Possession of Alcohol Charge; a Driving While Intoxicated (DWI) Charge; or a Driving Under the Influence of Alcohol and/or Drugs (DUI) Charge, could not only mean a criminal conviction on your record, but also fines, completion of required programs, application of the Missouri Department of Revenue point system, and/or even jail time.  These consequences could also lead to eventual suspension of your driver’s license and extremely high insurance rates for several years.

I will make sure your rights and privileges are protected to the greatest extent possible. An arrest can be a devastating experience, and the consequences can follow you for the rest of your life. Because the criminal court system is complex, you benefit from the counsel of a skilled and knowledgeable City of Creve Coeur Drug Possession Defense Attorney in court.  You need someone on your side who understands the law and how the Municipal Criminal Courts work.

I look forward to sitting down and talking to you face-to-face, so you can teach me the facts of your case and I can teach you what the law is and what legal defenses and legal tactics that are available to you, so that together, we can achieve the Best Result for you!

I am a Creve Coeur Drug Possession Defense Attorney – with over 32 years of experience in handling cases in the City of Creve Coeur, MO and in the other Courts in the area of St. Louis County, (West County, South County, North County), St. Louis City, St. Charles County, Jefferson County and Franklin County.

Case summaries for Aug. 7 - Aug. 13 DWI SIS Is Not a Conviction Statutes requires revocation of driver’s license “upon a finding of guilt to a … END_OF_DOCUMENT_TOKEN_TO_BE_REPLACED